Named by German botanist J.G.C. (Johann Georg Christian) Lehmann in 1834. All cycads except Cycas had been regarded as members of the genus Zamia until then, and some botanists continued to follow this line for many years after Lehmann had separated Encephalartos as a separate genus. His concept was originally much broader than ours today, including also the Australian plants we now know as Macrozamia and Lepidozamia. 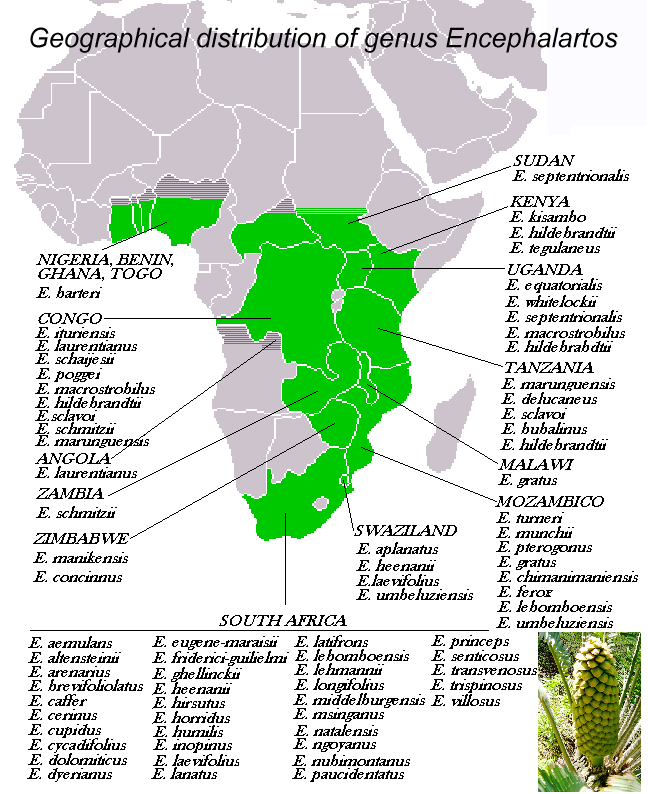